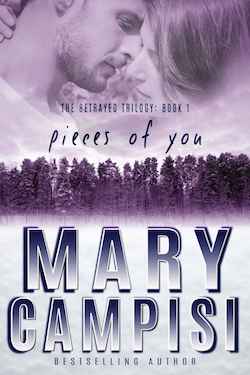 Sometimes hiding in the shadows is the only way to protect your heart.

Quinn Burnes’s mother disappeared when he was only fifteen leaving him with a despondent father, a little sister who suffers panic attacks, and eight notebooks containing the truth about his mother.

He guards this secret for eighteen years, until on an otherwise normal day, his mother re-enters his life, pleading for his help. She’s in danger and the only thing that can save her is reclaiming the identity she shunned years ago.

Quinn is a master of emotional detachment, from his successful career as a personal injury attorney to his strings of meaningless relationships with beautiful women who possess uneasy temperaments; a sure formula to keep his heart safe and insure he’s the first to walk away.

Until he meets the mysterious ‘Danielle’ a woman with too many secrets who’s on the run from the abusive, estranged husband she shot and may have killed. Danielle isn’t like any woman he’s ever met, but can he risk his heart for someone who’s doing exactly what his mother did eighteen years ago?

Someone who may ultimately leave him, just like his mother?

Book 1: Pieces of You

Book 2: Secrets of You