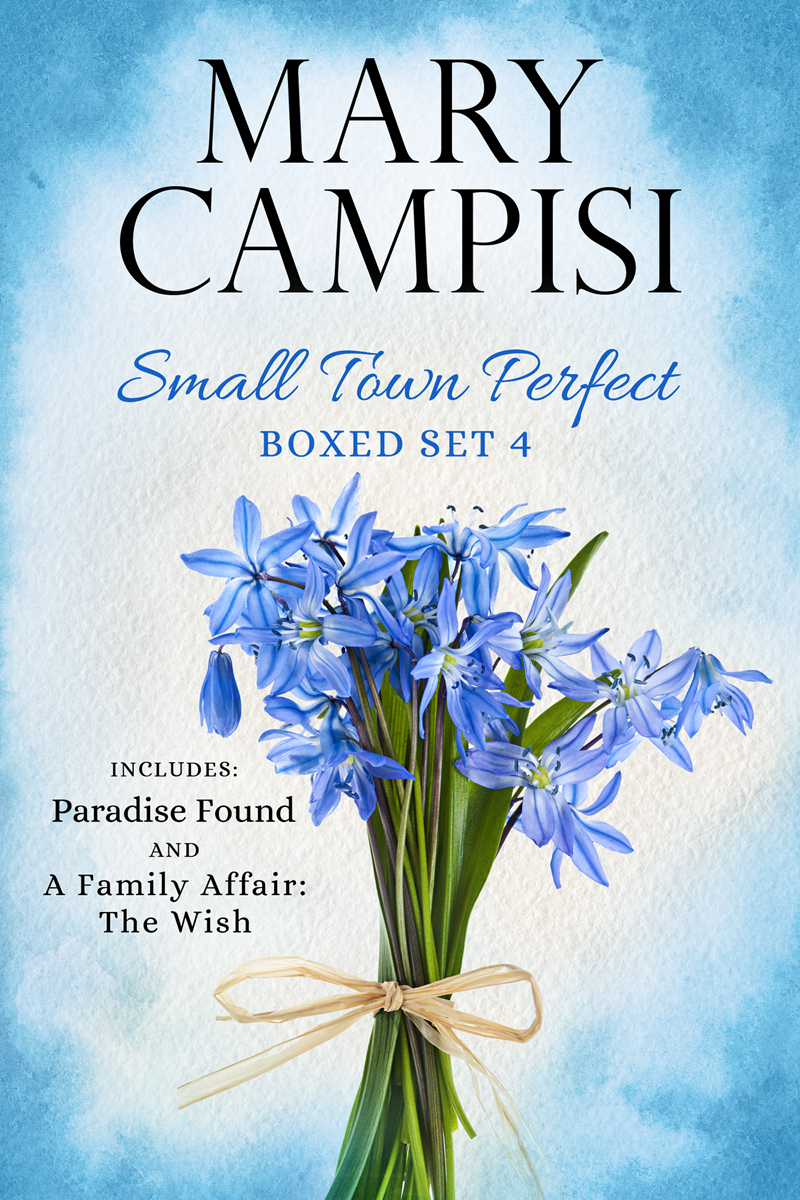 Paradise Found and A Family Affair: The Wish

I love secondary characters: writing them, reading about them, even watching them on the big screen. Secondary characters support the “stars”; make them more vibrant and compelling. But when the story ends, I’m often left wondering what they’d do if they were in the “spotlight”. That’s why I’ve created special boxed sets that were part of That Second Chance series and the Truth in Lies series. These boxed sets let the reader follow the before and after of select characters as they first appear in That Second Chance series and later in the fictional town of my bestselling Truth in Lies series. Boxed Set Four contains Paradise Found and A Family Affair: The Wish. I invite you to follow their journey!

How does one see truly—with the heart or with the eyes?

Matt Brandon has it all—wealth, power, looks, and talent. Women want him; men want to be like him. When a freak ski accident strips him of one of life’s most basic needs—his sight—he struggles to accept the possibility that his blindness may be permanent.

Enter psychologist Sara Hamilton, a woman who has known her own share of grief and loss and may just be the one person who can help Matt redefine his new world. Sara is every woman’s woman—she’s not a toothpick or a Cosmo girl, has never been prom queen, or dated the blond-haired god with the big white teeth. She’s honest and decent and real…and lives on the perimeter, applauding her patients’ successes, nursing them through their failures, but never acknowledging or accepting what she lacks in her own life. She’s loved and lost once and has been so emotionally scarred, she’s not willing to risk those feelings again.

Of course, she’s never met a man like Matt Brandon. As Matt and Sara explore the delicate balance between “blind” trust and hope, they will discover that sometimes you have to lose everything to find what you are truly looking for…

Bree Kinkaid is finally going to get her happily-ever-after with Adam Brandon (from Paradise Found, That Second Chance series), but it’s not going to be quick or easy. You won’t want to miss the fireworks as one of Magdalena’s favorites meets Mr. West Coast. Should I mention he’s handsome, intelligent, wealthy, and an all-around good guy? (Oh, but he has a broken heart…forgot about that.) Guess that makes him a wounded hero in need of a second chance, and we all know Magdalena’s just the place for second chances.

And I know many of you have no time or patience for the “bad girl” of Magdalena, Natalie Servetti. She’s done her share of wrong and worse than wrong, including almost breaking up Nate and Christine Desantro. But those of you who read A Family Affair: The Secret know she’s trying to right her past misdeeds, and now she’s met a man who might just give her a chance at happily-ever-after. Will her past destroy that chance or will love indeed conquer all?