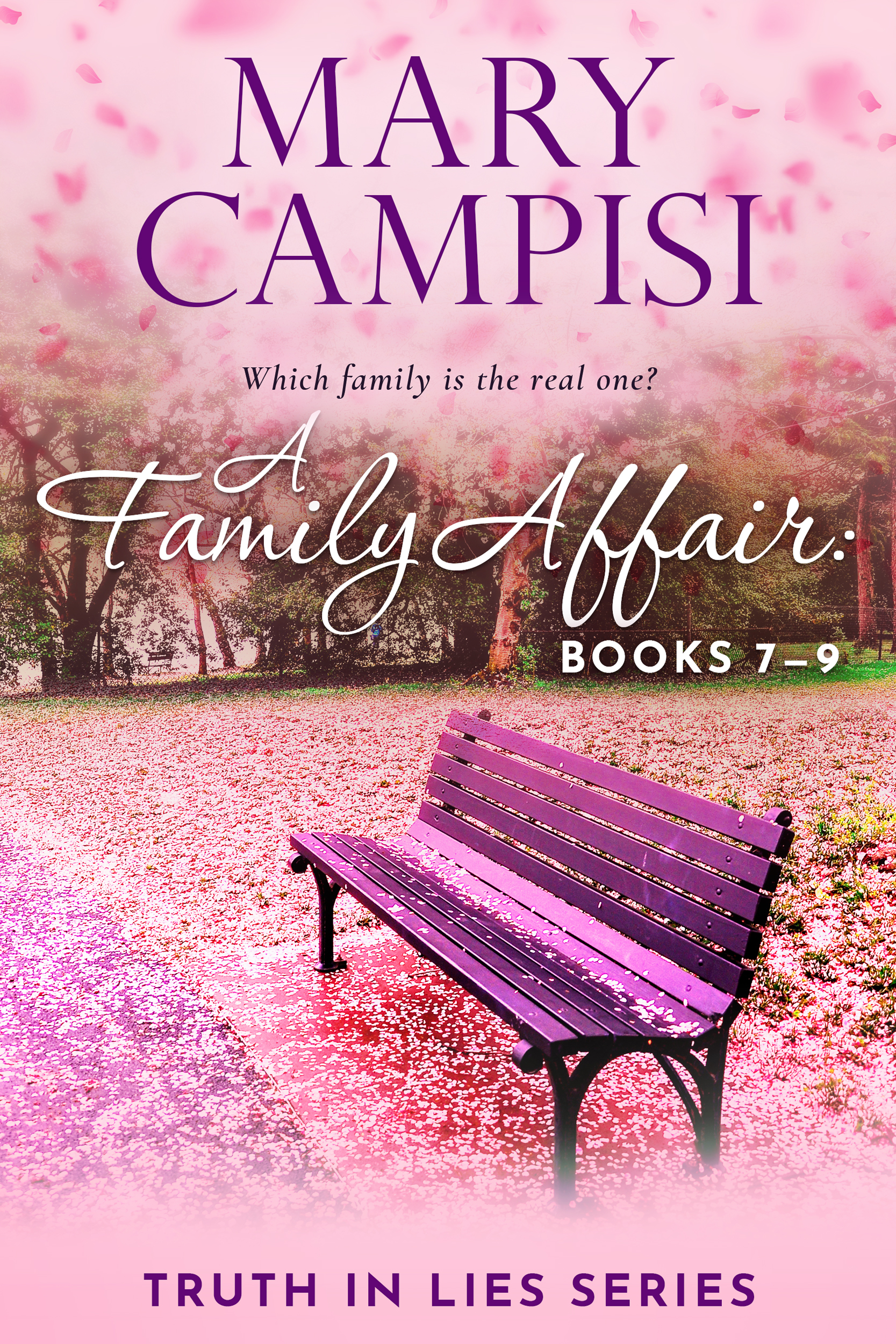 Real families aren’t always the ones you know about…

A Family Affair Boxed Set 3, Books 7-9, is about so much more than a secret family. Set in the small town of Magdalena, New York, the people have big hearts and good intentions…at least most of them do! Magdalena is a place of family, forgiveness, redemption, and second chances. And hope. Lots of hope. This town, and the people in it are about helping others get through the tough times and broken dreams, and doing it with the help of family, friends, sometimes even strangers.

A Family Affair: The Promise

Grant Richot sprinted through life, a boy wonder with talent, intelligence, confidence, and charm. He never doubted the world awaited him, just as he never doubted the right woman would come into his life—but only when he was ready for her. Anyone before that was simply preparation for the one. How wrong he was.
Years and a tragedy later, Grant arrives in Maggie Finnegan’s hometown of Magdalena, New York—broken, uncertain, and searching for that second chance with the woman he cast aside. But Maggie’s no longer naïve and impressionable; she’s a confident, competent widow with a child, who has more at risk than another broken heart. Can Grant convince her to take another chance on him and the future they could share?

Roman Ventori isn’t looking for a wife. He’s had one of those and it ended badly. He’s come back to Magdalena out of duty, not love for the town that drove him away with rumors and judgments.
Angie Sorrento is in Magdalena to do a job, not find a husband. She almost had one of those, until he dumped her three days before the wedding.
Roman’s father has health problems and his last wish is to see his son settled with a wife, a child, and a second chance at happiness that doesn’t include city life and flashy women. It won’t be easy or even possible without the help of his old friend, Angelo “Pop” Benito. Dubbed the Godfather of Magdalena, Pop’s the wiliest matchmaker in the Catskills, and he’ll need all of his talents to help Roman and Angie realize they’re worth the risk for a happily-ever-after.

Bree Kinkaid is finally going to get a chance at happily-ever-after, but it’s not going to be quick or easy. You won’t want to miss the fireworks as one of Magdalena’s favorites meets Mr. West Coast. Should I mention he’s handsome, intelligent, wealthy, and an all-around good guy? (Oh, but he has a broken heart…forgot about that.) Guess that makes him a wounded hero in need of a second chance, and we all know Magdalena’s just the place for second chances.
And I know many of you have no time or patience for the “bad girl” of Magdalena, Natalie Servetti. She’s done her share of wrong and worse than wrong, but she’s trying to right her past misdeeds. When she meets a man who might just give her the love and life she’s always wanted, will her past destroy that chance or will love indeed conquer all?