A Family Affair: The Decision 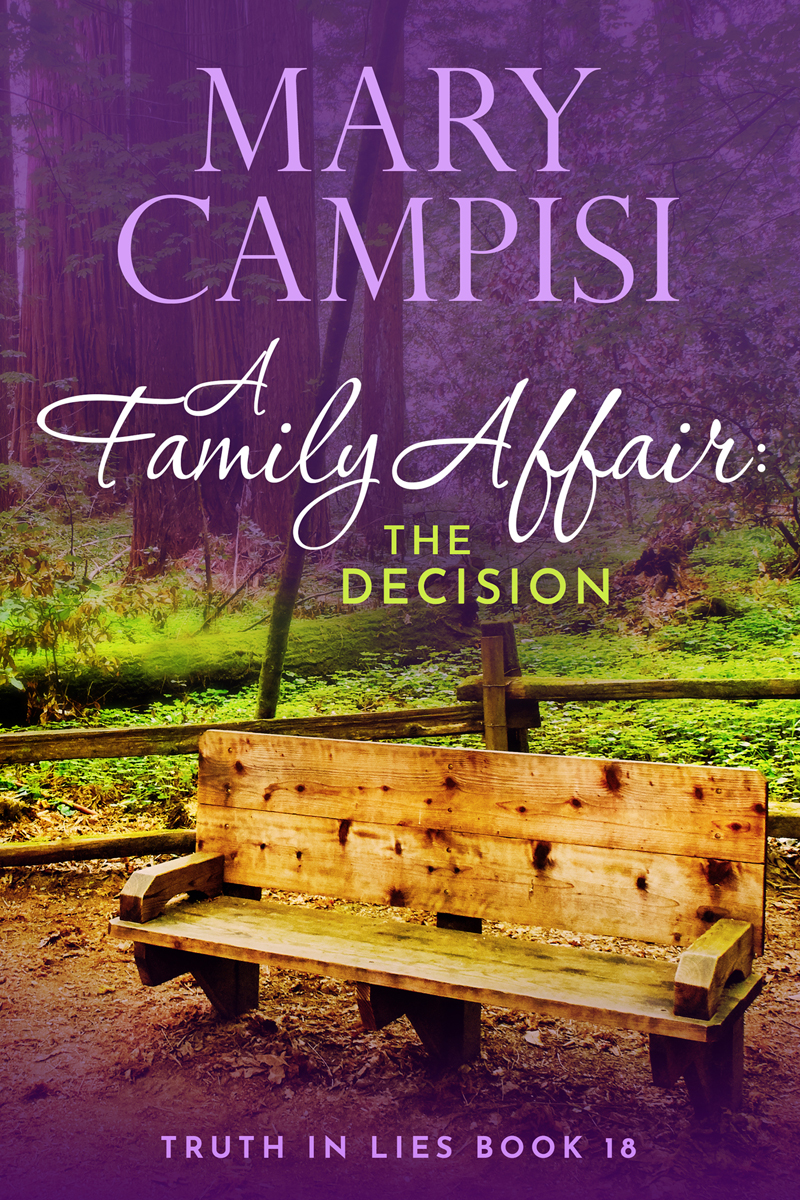 Nate Desantro is a born leader who believes in family, honor, and protecting what’s his. He minds his own business and expects others to do the same. When New York City businessman Grayson Westfield arrives in Magdalena asking questions about him, Nate’s determined to find out why.

Grayson Westfield is on a mission to uncover the relationship between his wealthy cousin and Miriam Desantro, a woman he’s never heard of before. Big money ties these women together, but for a numbers man with a talent for puzzles, he never sees the truth until it’s too late. This small town will present other surprises that confuse and challenge Grayson—namely, the beautiful and mysterious Audrey Fairlayne. No woman has ever worked through his defenses with such clarity and disregard for “boundaries” and that could pose a huge problem.

Audrey Fairlayne suffered more than a broken heart when her husband and baby died three years ago. She lost her dreams and belief in happily-ever-after and has vowed never to open her heart again. But Grayson Westfield isn’t like any man she’s ever known, and the attraction is too deep to ignore and impossible to avoid.

When Audrey withholds a critical truth from Grayson, the couple will face a challenge that only someone as strong and determined as Nate Desantro can help fix. Don’t miss this engaging tale of heartache, redemption, and second chances as the town steps in to see this couple find their happily-ever-after and Nate learns the true meaning of forgiveness.