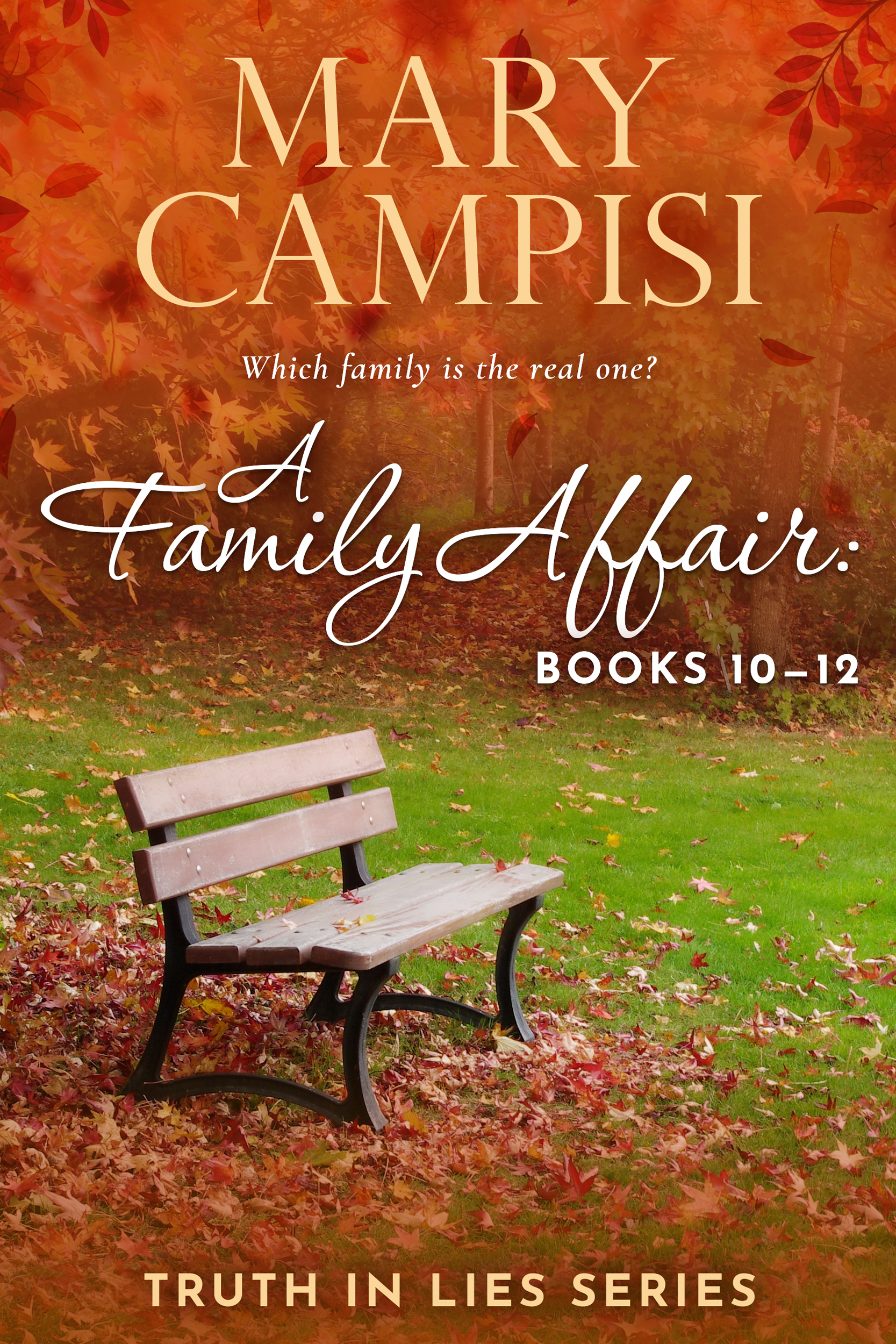 It’s time to head back to Magdalena, New York, and spend a little time with the people we love to love and even a few we love to hate.

A FAMILY AFFAIR: THE GIFT

A FAMILY AFFAIR: THE WEDDINGS

What’s more charming than a Christmas wedding? How about two Christmas weddings? Join us as we head back to Magdalena in this holiday novella and witness two couples head down the road of happily-ever-after. But don’t expect that road to be nice and smooth. Is anything worthwhile ever easy?

Still, I’m betting on this town to help these couples through the rough patches and a good amount of snow to get to their happily-ever-after.

So, are you wondering who these couples might be? There are quite a few possibilities, but I’ve decided to give you the true gift of a good surprise!

A FAMILY AFFAIR: THE CABIN

Pete Finnegan had it all—money, power, status, a future wife, until he lost it all in one huge financial “gamble.” Now he’s back in his hometown of Magdalena, trying to figure out what to do with his life. When Nate Desantro offers him a job fixing up a cabin one hundred miles away, he jumps at the opportunity. Peace and solitude in the woods away from busybodies and do-gooders is exactly what he needs to contemplate his future.

But Pete doesn’t expect to find a beautiful woman staying at the cabin.

Elissa Cerdi has escaped to the Blacksworth cabin to heal her broken heart. As Gloria Blacksworth’s former caregiver, she’s agreed to honor the dead woman’s last request by mailing letters to select residents of Magdalena. When Elissa meets Pete, she doesn’t know he has ties to Magdalena, and she certainly doesn’t know the final letter she plans to mail is about his father.

Pete and Elissa are both in need of healing and maybe that’s why they agree to shut down the outside world and pretend nothing exists but what’s inside the cabin. Could that also be why they’re able to open up to one another, talk about disappointments, hurts, betrayals, and hopes?

Because it’s all pretend?

Is that why passion consumes them, burns them with a need they’ve never felt before?

Is it so powerful because it isn’t real?

When Pete uncovers the truth about Elissa’s part in Gloria Blacksworth’s cruel scheme for vengeance, he feels betrayed and questions everything that happened in the cabin. As weeks pass and the couple forge separate lives, Pete must decide if he can open his heart once again to forgiveness and love.